HIV carries significant morbidity and mortality around the world even after 40 years since its detection and improvement in management strategies. Anti-Retroviral Therapy (ART) has improved the lifespan and quality of life of HIV/AIDS patients. However, both HIV and ART are associated with several cardiovascular complications. HIVrelated vasculopathy is one of the rarer cardiovascular complications. We present a 46-year-old female patient, a known case of HIV/AIDS on ART, who came with peripheral limb ischemia and went on to develop gangrene of the limb. Her CD4+ count was 374. She was managed with systemic thrombolytic therapy and other symptomatic and supportive treatment, but recanalization could not be achieved and unfortunately, she had to undergo an above-knee amputation. The purpose of this presentation was to highlight the existence and implication of HIV vasculopathy in patients with HIV

HIV/AIDS has a devastating impact worldwide. An estimated 38 million people are living with the infection with 1.7 million newly detected HIV infections in 2019 and 32 million deaths to date because of HIV or HIV related illness of which 0.6 million deaths occurred in 2019 itself with approximately 26 million individuals were on Anti-Retroviral Therapy (ART) in 2019 [1,2]. HIV can involve any organ system directly or indirectly. The Highly Active Anti- Retroviral Therapy (HAART) alters the natural history of the disease; prolongs and improves the quality of life but ART itself has got significant side effects, for example, protease inhibitors increase the cardiovascular risk factors.

The effects of HIV on the cardiovascular system are well documented. It has been found that patients with HIV have twice the risk of developing cardiovascular diseases as compared to those without this infection [3]. HIV is known to be associated with cardiomyopathy, pericarditis, coronary artery disease, and vasculopathy [4]. Out of these CV complications, HIV vasculopathy is the least common with an incidence in the region of 1% in the affected population [5]. However, HIV vasculopathy still carries a significant burden of morbidity, owing to a large number of HIV cases and prolonged survival of these patients because of the availability of newer medicines. We report a case of HIVrelated vasculopathy leading to critical limb ischemia.

A 46-year-old female who was diagnosed with HIV infection in 2010, had been on regular first-line ART, Tenofovir disoproxil fumarate+Lamivudine+Efavirenz (TDF+3TC+EFV), since the time of diagnosis. She was admitted on 18 May 2020 with complaints of numbness, pallor, blackish discoloration, edema, and resting pain in the right lower limb. The pain was severe, dull, and diffuse. The pain was aggravated by both active and passive movements resulting in restriction of movements. She had no history of malar rash, claudication, Raynaud’s phenomenon, oral or nasal ulcers, and similar complaints in the past. There was no history of diabetes mellitus, tuberculosis, hypertension, asthma polyarthralgia, or any other drug intake other than ART. The family history was unremarkable including that for any procoagulant disorders. Her latest CD4 count was 374, recorded three months before admission.

The general examination revealed a mesomorphic and averagely nourished patient. Her pulse was 90 bpm regular, normal in volume and character. Right femoral, popliteal, and dorsalis pedis pulsation were not palpable. All other peripheral pulsations were normally palpable. Her Blood Pressure (BP) was 120/70 mm Hg in the right arm supine position, respiratory rate 21 per min, and oxygen saturation (SpO2) was 98% on room air. There was no pallor, icterus, clubbing, central cyanosis, and lymphadenopathy. JVP was normal. The right lower limb was cold and clammy and there was edema up to mid-thigh. There was no definite line of demarcation at the time of admission (Figure 1). There was diffuse tenderness which aggravated active and passive limb movements. Systemic examination including that of CVS was unremarkable. Routine investigations revealed hemoglobin 10 gm/dl, Total Leucocyte Count (TLC) 5200/ mm3 (polymorphs 75%), and platelets 2.72 × 105/mm3. Total bilirubin was 0.5 mg/dl, AST-107 IU/L and ALT-91 IU/L. Serum urea was 21 mg/dl and creatinine 0.7 mg/dl. Prothrombin Time (PT) was 14.9 sec and International Normalised Ratio (INR) 1.3. The ultrasound scan of the abdomen was normal. She had no history of any drug intake, apart from ART, that could cause a procoagulant state. HBsAg, HCV RNA, VDRL and TORCH tests were negative. Autoimmune profile, comprising of ANA, APLA, Anti-Cardiolipin antibodies, and rheumatoid factors was negative. Tuberculosis was ruled out with negative sputum AFB/CBNAAT and negative Mantoux test (an induration of 03 mm at 72 hours). Chest X-ray PA view was normal (Figure 2). Echocardiography and Doppler studies of the heart were unremarkable. AV Doppler of the right lower limb demonstrated near-total thrombosis of common femoral artery, popliteal artery, and anterior & posterior tibial arteries. The right external iliac artery was patent and blood vessels of the other limbs were normal (Figure 3, and Figure 4). Ankle-Brachial Index of the affected limb couldn’t be calculated due to the absence of pulse and that of the left lower limb was 1.1. A diagnosis of peripheral arterial disease with critical limb ischemia with impending gangrene in a known case of HIV was made. The patient was managed with a multipronged approach to improve the circulation in the jeopardized limb. The opinion of the cardiovascular surgeon was sought. To salvage the limb, she was managed with fibrinolytic therapy, anticoagulation, antiplatelets, antibiotics, steroids, xanthine derivatives, and intravenous fluids. Fibrinolysis with streptokinase was carried out with a loading dose of 250,000 IU in 30 mins followed by an infusion of 100,000 IU/hr for 24 hrs. Low molecular weight Heparin and aspirin (acetylsalicylic acid) were given in therapeutic doses. Antibiotics clindamycin and linezolid were started empirically given the possibility of secondary infection in the ischemic limb. Trimethoprim-Sulfamethoxazole was started for prophylaxis of PCP pneumonia. Prednisolone in a dose of 1 mg/kg was given considering the possibility of HIV vasculitis. Xanthene derivative (pentoxifylline) was also started to try and improve the microcirculation in the affected limb. IV fluids to maintain hydration and opioid painkillers were given. However, recanalization could not be achieved with fibrinolytic therapy. Unfortunately, the patient had to undergo an above-knee amputation due to the presence of gangrene.

We have presented an HIV-positive patient of critical limb ischemia and gangrene secondary to spontaneous arterial thrombosis who was diagnosed as a case of HIV vasculopathy.

Primary HIV vasculopathy was first described in 1987 and it may present with thrombosis, aneurysms, dissection, and spontaneous AV fistula of the affected blood vessel [6,7]. HIV patients have various risk factors that lead to CVD which include secondary opportunistic infections, ART with its metabolic abnormalities, IRIS syndrome, and the cytotoxic effects of the virus itself [8-10]. Amongst the opportunistic infections Cytomegalovirus (CMV) and tubercular infection are a common cause of vasculitis in immunocompromised patients [11,12]. The exact pathogenesis of HIV vasculopathy remains uncertain but some studies suggest viral endoproteins triggered inflammatory vasculitis [13,14]. The viral endoproteins trigger the formation and deposition of immune complexes in the endothelium thus damaging it directly or indirectly with cellular or humoral immune-mediated mechanisms [15]. The use of steroids and anti-CD25 T cell monoclonal antibody (daclizumab) have shown improved outcomes in patients with HIV-associated vasculitis, further strengthening the theory of immune-mediated vascular injury [16-18]. The endothelial injury causes vessel wall damage resulting in weakness of the vessel wall and the formation of aneurysms. Moreover, the damage to the vessel wall leads to smooth muscle proliferation, which acts as a nidus for platelet aggregation and resultant intravascular thrombosis. The aneurysms can be multiple and intracranial in patients with advanced disease and low CD4 counts; whereas extracranial aneurysms are more common in patients with normal CD4 counts [19]. Both venous and arterial thrombosis can occur [20]. The latter is becoming more evident currently and has low limb salvage and high primary amputation rates of about 32% due to the development of gangrene and secondary infections [21].

The diagnosis of HIV vasculopathy is that of exclusion. Other causes of coagulopathy leading to arterial thrombosis need to be excluded. The common causes could be opportunistic infections (TB, CMV, and HSV), systemic vasculitis (PAN), collagen vascular diseases, hematologic malignancies, and other procoagulant states.

The management of HIV vasculopathy is far from satisfactory. The treatment option depends on the blood vessel involved and the time lapse between the onset of limb ischemia and the institution of therapy. Thrombolysis, whether catheter guided or systemic, is an effective and non-invasive therapeutic alternative. The efficacy of systemic and catheter-guided intra-arterial thrombolysis is comparable [22]. Catheter-guided thrombolysis is preferred these days because of fewer systemic side effects. However, systemic thrombolysis is still a viable alternative in resourcelimited settings. Apart from thrombolysis, embolectomy is another alternative for the management of intra-arterial thrombosis. But the patients treated with embolectomy for acute primary arterial thrombosis have a poor outcome. There is a possibility of recurrence of the thrombosis within a few days, possibly because of the presence of an ongoing vasculitic process despite treating the current vascular event [23]. Acute occlusion can also be treated with an amputation but the course and response after the treatment may be variable, as the condition might be aggravated by sepsis and poor wound healing of the amputated limb. Patients with chronic peripheral vascular disease can be treated with surgical bypass, but re-thrombosis of the graft is common which can be reduced by using silver-impregnated grafts.

Our patient was managed with systemic intravenous fibrinolysis owing to limited resources. Regrettably, patency could not be achieved with intravenous thrombolysis as the patient reported more than five days after onset of symptoms and there was evidence of the development of gangrene at the time of presentation itself. The possibility of successful thrombolysis decreases as the time gap between the onset of thrombosis and administration of fibrinolytic therapy increases. Amery et al reported a 77% chance of achieving patency within 24 h and almost nil after five days [24,25].

Vasculitis-induced spontaneous arterial thrombosis is one of the uncommon presentations of HIV vasculopathy. It may present acutely with arterial occlusion or with chronic peripheral vascular disease in chronic cases. The diagnosis of HIV vasculopathy is that of exclusion. Other causes of coagulopathy leading to arterial thrombosis need to be excluded. The amputation rates in HIV vasculopathy are high and are complicated by poor wound healing and stump infection. HIV patients with a low CD4 count have a poorer prognosis owing to the risk of opportunistic infections. However, the 30-day mortality in acute HIV vasculopathy, approximately 11%, is unrelated to the CD4 count. A rapid diagnostic work-up and urgent treatment are crucial to decrease the morbidity and mortality associated with this potentially treatable condition. 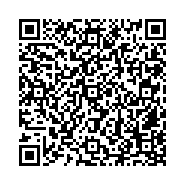