Rolapitant: Effects of an Antiemetic Agent on the Growth of Developing Chick Embryo

Rolapitant: Effects of an Antiemetic Agent on the Growth of Developing Chick Embryo

Aim: The purpose of this study was to determine the effect of Rolapitant, an antiemetic agent, on chick embryo development in 200 white leghorn chicken eggs used that met the inclusion-exclusion criteria.

Material and method: The present study utilized 200 eggs, randomly assigned to experimental groups A and B and control groups a and b. Eggs incubated in the presence of Rolapitant had their Rolapitant dose increased on the fifth day of incubation from 0.18 mg to 0.36 mg. In contrast to the control groups, all of the subjects in the treatment groups received the same amount of normal saline. Eggs were broken on the twentieth day of incubation, and embryos were extracted on the same day.

Conclusion: The present study observed an increased mortality rate and a decrease in weight and crown-rump length following a double dose of Rolapitant. The author remanded additional research with a larger sample size to improve the current observation’s reliability and generalizability.

When a hen’s egg is laid, development has already begun, with a two-layered disc of many thousands of cells atop the yolk [1]. During the next day or so of incubation, a series of events establishes the body axes and defines the location of the various organs. During the third and fourth days of incubation, the embryo’s major regions, such as the head, trunk, and tail, become visible, followed by the formation of specific organs such as limbs, eyes, and lungs [2]. During the final stages of development, from ten to twenty or twenty-one days before the chick hatches, there is significant growth and differentiation of differentiated cells and tissues and ossification of the skeleton and feather formation [3].

Rolapitant hydrochloride is an orally active, highly selective, long-acting antagonist of the Neurokinin 1 receptor (NK1RA) with a high CNS penetrance [4]. Rolapitant, a novel NK1RA inhibitor, was approved by the FDA in 2015 for delayed CINV prevention. Its 180-hour half-life is significantly greater than that of oral aprepitant (9h-13h) [5].

Rolapitant is a highly selective antagonist of the NK-1 receptor with a low affinity for the NK-2 or NK-3 receptors. Pharmacokinetic studies in animal models confirmed Rolapitant’s unique pharmacological properties as a potent competitive inhibitor of NK-1 [6].

Rolapitant is rapidly absorbed following oral administration and can be detected in plasma after 30 minutes; the maximum plasma concentration (Cmax) level is reached after 4 hours. Increases in dose result in an increase in systemic exposure to Rolapitant (for a dose increase of fourfold from the recommended clinical dose of 180 mg, the Cmax and area under the curve of Rolapitant increased by 3.1- and 3.7-fold, respectively, with no effect of fatty meal intake on its absorption [7].

The primary pharmacokinetic distinction between Rolapitant and other NK-1 RA is the absence of significant drugdrug interactions. While most reported drug-drug interactions with other NK-1RA occur due to the activation of the Cytochrome P450 (CYP) enzyme, the degree of interaction varies and may necessitate dose adjustments for concomitant medications such as dexamethasone [8].

CYP3A4 metabolizes Rolapitant, but neither inhibits nor activates this enzyme. Other drugs affect Rolapitant metabolism because they compete with the CYC3A4 enzyme, primarily as inducers. There are no dose adjustments necessary when using midazolam, ondansetron, or dexamethasone in combination with Rolapitant. Rifampicin is a CYP3A4 inducer, and concurrent use with Rolapitant is not recommended [9].

It is, however, a weak inhibitor of CYP2D6, Breast Cancer Resistance Protein (BCRP), and P-glycoprotein (P-gp). This necessitates close monitoring when used in conjunction with other CYP2D6 substrates such as digoxin. It is preferable to avoid concurrent use with thioridazine, as this may result in a significant prolongation of the Q-T interval due to the increased thioridazine concentration in the plasma [10].

The Rationale behind the Study

The purpose of this study was to determine the effect of Rolapitant, an antiemetic agent, on the development of chick embryos in 200 (out of 235 eggs) white leghorn chicken eggs, including as per inclusion-exclusion criteria. The study was conducted at Santosh Medical College, Ghaziabad, in the Department of Anatomy (Uttar Pradesh). Metro Feeds, Indotec Agro Products, village Dabua, Dabua Pali road, Faridabad provided the eggs (Table 1).

Ritu Singroha, et al. and Sywicha Thongphanich and Jantima Roongruangchai, Muktyaz Hussain and Lavlesh, et al. adopted the same method standardized by P.E. Natekar [11-15]. Candles were used to exclude the defective eggs and to outline with a pencil the exact location of the air cell. A custom-made wooden box was purchased for this purpose. This box was equipped with a Compact Fluorescent Lamp (CFL) connection and was black on the inside. The top is adorned with slots for chicken eggs. Eggs weighing between 33.30 grams and 48.15 grams were selected (mean 40 grams). The eggs were thoroughly washed in soap water solution and placed in the incubator with their broad end facing up toward the chorioallantoic membrane. Without adding CO2 or O2, the temperature and humidity inside the incubator were maintained at 38°C and 80%, respectively. Two times daily, the eggs were tilted. On the fifth day of incubation, eggs were removed from the incubator and candled once more before the drug was administered (Table 1 and Table 2).

Table 1: Information's about Drug used, their availability, and dose Figure 1: Methodology of examinations, drug administration and anthropometric measurement; (A) Weighing of the Eggs; (B) Making an outline for the exact location of Aircell with the help of wooden box fitted with bulb connection; (C) Drug Administration into the egg at the Centre of air cell by using tuberculin syringe; (D) Measuring the CR length of Chick Embryo with digital Vernier caliper; (E) Measuring the Weight of Chick Embryo with digital Weight Machine

A tuberculin syringe was used to administer the solution. Eggs were wiped across the broad end with a sterile gauze pad moistened with 70% isopropyl alcohol solution. A hole was drilled in eggshells in the center of the surface over the air cell with a lancet. Care was taken not to damage the shell. The syringe needle was horizontally inserted into the air cell, and the solution was injected. The syringe’s needle was sterilized between injections by wiping it with a sterile isopropyl alcohol 70% swab. Immediately following injection, the hole in the shell was sealed with candlemelted wax.

Following drug injection, sealed eggs were returned to an incubator at 38°C and 80% humidity and tilted twice daily. The eggs were removed from the incubator on the 20th day of incubation for sacrifice. The eggshells were broken, and the embryos removed using a scalpel. The number of viable and non-viable embryos was recorded. Crown-rump lengths (measured from the base of the beak to the tip of the coccyx in the dorsal aspect (5) were determined using a thread and a centimeter scale. The weights were determined using an electronic weighing machine, and the following gross anatomical malformations were observed using necked eyes and a magnifying glass. These observations included Macrocephaly (Enlargement of head); Microcephaly (Small size of the head); Exophthalmia (Bulging eye); Microphthalmia (Small eye); Narrow Neck; Twisted Neck; Long Beak; Short Beak; Subcutaneous Hemorrhage (hematoma); Scanty Feathers and Retraction of yolk sec.

In the present study, out of 235 eggs, 200 were included in the study. The reason for the exclusion of 35 eggs was shown in Table 3. The weight and CRL of the chick embryos were measured, and gross anatomical malformations were observed.

Table 3: Showing the number of embryos excluded as per the criteria Table 5: Showing abnormal weight and crown-rump length due to effects of Rolapitant

In the present study, we aimed to analyze the hazard effect of Rolapitant on the growth of developing chick embryos. In this study, we hypothesized that the high dose or prolonged use of Rolapitant might produce malformations, necrotic and spongy changes in the brain, inclusion in liver and kidney, and significant alterations in the histology of cardiac myocytes in developing chick embryos.

According to our current knowledge, the present study is the first study demonstrating that Rolapitant may have a growth-inhibiting effect on developing chick embryos. On the other hand, some evidence shows that Rolapitant directly affects humans or other animal models [4].

The estimated background risk of major congenital disabilities and miscarriage in clinically recognized pregnancies was determined in the general population of the United States [1]. Rolapitant hydrochloride’s potential embryo-fetal toxicity was evaluated in pregnant rats administered throughout organogenesis [16]. Rolapitant-treated rats exhibited signs of maternal toxicity during the first week of dosing, including decreased body weight gain and/or loss and a concomitant decrease in food consumption. In rabbits, no teratogenic or embryo-fetal effects were observed [1].

In comparison, the NK1 antagonist aprepitant, which has been approved to treat CINV and PONV (Postoperative Nausea and Vomiting) in humans, has a relatively short duration of action and is administered orally both before and after chemotherapy [17]. Taken together, these studies establish that Rolapitant is a highly selective, competitive antagonist of the NK1 receptor with excellent oral and CNS penetration. Numerous NK1 antagonists that are active in this model have also been shown to be antiemetic in humans [17].

In both studies, patients in the Rolapitant groups had a significantly higher rate of complete response during the delayed phase compared to control groups [5,18]. Additionally, the safety and tolerability of Rolapitant were evaluated in the aforementioned study. Fatigue, constipation, headache, diarrhea, dyspepsia, hiccups, and neutropenia were the most frequently reported TRAEs (Treatment-Related Adverse Effects).

Bernardo, et al. conducted a clinical trial to determine the efficacy and safety of Rolapitant in preventing chemotherapyinduced nausea and vomiting during multiple cycles of moderately or highly emetogenic chemotherapy [2]. They found that Rolapitant was well tolerated during multiple cycles of MEC or HEC, with an incidence of Treatment- Emergent Adverse Events (TEAEs) such as fatigue, constipation, and headache, as well as weight loss.

Lee, et al. conducted a study on the safety and efficacy of Rolapitant for the prevention of chemotherapy-induced nausea and vomiting in cancer patients receiving moderately emetogenic chemotherapy or anthracycline and cyclophosphamide regimens [3]. They found that Rolapitant combined with a 5-HT3 receptor antagonist and dexamethasone was well tolerated and demonstrated superiority to active control in preventing chemotherapy-induced nausea and vomiting during the 5-day (0 h-120 h) at-risk period following administration of moderately emetogenic chemotherapy or regimens containing anthracycline and cyclophosphamide.

The data generated in this project may aid in the understanding of teratogenic effects such as anatomical malformations caused by high doses of Rolapitant on developing chick embryos, and these teratogenic effects may be extrapolated to humans. The study’s findings may aid clinicians in developing more novel therapeutic strategies for chemotherapyinduced nausea and vomiting.

The study’s current limitations include a small sample size and a single-centric design. The author remanded a large study to improve the reliability and generalizability of the current study’s observations.

Rolapitant hydrochloride is an orally active, highly selective, long-acting antagonist of the Neurokinin 1 receptor (NK1RA) with a high CNS penetrance. Rolapitant was recently approved in combination with other antiemetic agents to prevent delayed nausea and vomiting associated with initial and subsequent courses of emetogenic cancer chemotherapy, including but not limited to highly emetogenic chemotherapy. Following a double dose of Rolapitant, the present study observed an increased mortality rate and a decrease in weight and crown-rump length. The author remanded additional research with a larger sample size to improve the reliability and generalizability of the current observation. 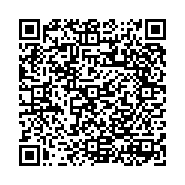