Postoperative shivering is a common complication during anesthesia, which is usually accompanied with other problems such as increased oxygen intake, increased intracranial pressure and several other complications. This study attempted to compare different doses of pethidine and ketamine for prevention of shivering during and after spinal anesthesia at cesarean section. This was a double-blind randomized clinical trial comprising a population of 45 pregnant women in three 15-subject groups receiving 0.3 and 0.15 mg of ketamine per kg body weight as well as 25 mg of pethidine. Admitted to Motahari Hospital in Jahrom (Iran), the subjects went through selective cesarean section under spinal anesthesia. Data were analyzed through SPSS 16, t-test, Chi-square and Kruskal–Wallis. The P-value was considered significant at lower than 0.05. As for ketamine 0.15, on patient (6.7%) experienced mild shivering at 5, 10, 15 and 30 minutes. The intensity of shivering in recovery between ketamine 0.3, ketamine 0.15 and pethidine 25 mg was not significant at 5, 10, 15, 30 and 45 minutes (p-value> 0.05). Although a dose of 0.15 and 0.3 mg per kg led to shivering control, pethidine was still a better choice for shivering control. 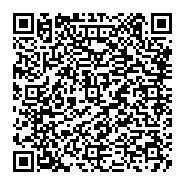