A Pilot Study: Consumptions of Statins in Morocco and North Cyprus | Abstract

Background: Cholesterol lowering drugs, statins, are a major and dominant group of hypolipidemics and are often prescribed in clinical practice for the prevention and treatment of cardiovascular diseases. Objective: To assess the consumption of statins, more specifically rosuvastatin, atorvastatin and simvastatin in two different countries; Morocco and North Cyprus.

Setting: The study was conducted in Pharmacy Kounouz, Rabat, Morocco and Pharmacy Umut ÖKSÜZ in Nicosia North Cyprus. During the period of November, December 2018 and January 2019.

Method: This study involves a sample of 100 patients of pharmacy Kounouz, Rabat Morocco and Pharmacy Umut ÖKSÜZ, Nicosia, North Cyprus, who were on regular therapy with statins (Atorvastatin, Simvastatin or Rosuvastatin) in the mentioned period.

Main Outcome Measures: The difference in the frequency distribution of gender in the sample was visible in both countries where males represent a larger part of patients under statins treatment. Presence of remarkable difference between the consumption of atorvastatin, simvastatin and rosuvastatin in both countries. 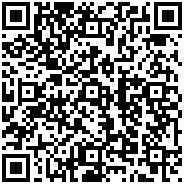