Cancer is one of the most deadly diseases that affect a large number of people across the globe. Iraq too has recorded a spike in cancerous patients with a high prevalence and mortality rate. Lung cancer is characterized by the uncontrolled growth of abnormal cells in one or both lungs. The current study is an epidemiological statistical approach that intends to investigate the incidence, prevalence, and growth of the lung cancer population in Iraq. The authors considered the data belonging to lung cancer patients in holy Karbala Governorate, Medical city of Imam Hussein (peace be upon him) during the period, 2012-2019. The data were classified according to age, gender, and region. The governorate is divided into several regions and the number of injuries for every region is further divided under gender and age classifications. Further, the incidence rate was determined for every region in the governorate. According to the results, the holy Karbala governorate had a total of 451 lung cancer patients during the study period at a rate of 30.68 cases per 100,000 populations. Out of the total cases, the male patients were 297 (66%) whereas the female patients were 154 (34%) and the ratio of male-to-female remained 1.9:1. The number of patients in the group aged 45 and more was higher compared to other age groups. There was an increase in the number of patients at the Center of Holy Karbala i.e., 245 patients (158 patients for male and 87 for female) while the Al-Jadawal Al Gharb reported the least number of patients (4 for male and 3 injuries for female). As per the study analysis, air pollution contributed to the increasing number of patients in the city. Though the radiation levels observed were well within the standard measurement range, one cannot conclude that radiation has no role in injury as per the studies conducted earlier. 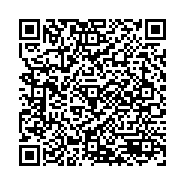