A STUDY OF PULMONARY FUNCTION TEST IN WORKERS OF SUGAR FACTORY, PRAVARANAGAR, MAHARASHTRA

Context: Repeated exposure to dusty environment in an industry causes airway diseases which may affect pulmonary function over a period of time. Aims: 1) To study the pulmonary function test parameters in workers of sub-departments in sugar factory 2) To find out the prevalence of Obstructive, Restrictive and Mixed type of pulmonary impairment and their correlation with duration of exposure to occupational environment. Study Design: An observational study was conducted on 294 permanent sugar factory workers at Urban Health Centre, Pravaranagar. Materials and Method: The pulmonary function viz. (FVC, FEV1, FEV1/FVC %, FEF25-75%) was recorded by a portable computerized RMS-Spirometer. Spirometric studies were performed in various sub-departments in sugar factory including 60 matching controls. To evaluate the effect of occupational exposure, the workers were divided into three categories i.e. those exposed for 11-20 yrs, 21-30 yrs and ≥ 31yrs to the dust. Results: The overall prevalence of pulmonary impairment was found to be 31.97%. The highest prevalence was found in Bagasse workers (40.48%) followed by Manufacturing dept. (38.24%). Amongst the type of pulmonary impairment bronchial obstruction was predominant (18.03%). FEV1/FVC was found significant in Bagasse workers and Manufacturing dept. workers. Amongst the occupational exposure sub-groups, ≥ 31yrs exposed workers were maximally affected by obstructive type (21.43%), Restrictive type (14.29%) & Mixed type (3.17%) of pulmonary impairment. Conclusions: The study demonstrated a significant association between pulmonary function abnormalities and certain sub-occupations in the sugar factory. The majority of the workers with pulmonary impairment had ≥ 31yrs of occupational exposure. 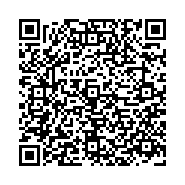