Analysis of the Effects of Rainfall on Dengue Incidence in the City of Delhi, India | Abstract

Analysis of the Effects of Rainfall on Dengue Incidence in the City of Delhi, India

Background and objectives: Dengue fever is a vector-borne disease caused by the mosquito Aedes sp. The disease has spread to new geographical areas in the past few decades threatening previously unexposed populations to its risks. Environmental factors and unplanned urbanization are the two important variables affecting the increasing incidence of dengue. India has seen many outbreaks of the disease in the last decade. The capital city of India, Delhi has witnessed the increasing number of dengue cases in the last couple of years. Most of the cases occur during the monsoon period starting from July and lasting up to September. This study was carried out to assess the effects of seasonal rainfall on the incidence of dengue cases in Delhi. Methods: Retrospective data from 2005-2015 for annual rainfall and dengue incidence was collected and Pearson’s correlation coefficient was calculated as a measure of association between the variables. Results: An overall positive but very weak correlation was found between annual rainfall and dengue incidence. An analysis of pre-monsoon, monsoon and post-monsoon rainfall patterns also indicated a very weak correlation between dengue incidence and rainfall patterns of the city. Interpretation and Conclusion: Our analysis indicates that weather variables may not be an absolute predictor of disease incidence and other factors must also be considered for the control of vector population. 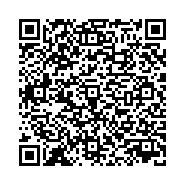