The breast milk is not only the best and optimal natural source of essential nutrients for babies, but also provides a broad range of bioactive compounds, as well as its own microbiota, therefore helps to protect body against many diseases too. Lactic acid bacteria (LAB) are the major group of the breast milk microbiota and acts as biocontrol agent in milk. In this study LAB were isolated from the breast milk. Their antifungal activity against aflatoxin producing Aspergillus flavus was investigated with four methods: Study of the LAB isolates influence on biomass production of A. flavus in MRS medium, determination of their inhibitory activity against A. flavus on PDA medium, dual culture overlay assay and finally, effect of LAB cell-free supernatants (CFS) against mycelia growth. The CFS also was analyzed by HPLC and titration experiments. The results indicated that seven isolated LAB had good inhibitory activity against A. flavus growth. Four isolates of LAB were identified as Pediococcus acidilactici and three of them were identified as Lactobacillus plantarum by 16s rDNA sequencing assay. The cell-free supernatants of L. plantarum RS2 expressed strong anti A. flavus activity. Analyzing of their CFS showed that, this strain had significant amounts of propionic acid and hydrogen peroxide in the CFS that might explain the high antifungal activity. 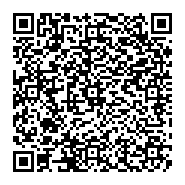