ASSESSMENT OF THE FACTORS INFLUENCING AND COMPARING THE INTRAOCULAR PRESSURE WITH THE HELP OF SCHIOTZ INDENTATION TONOMETER AND GOLDMANNûÂô?ô?S APPLANATION TONOMETER: A CLINICAL STUDY | Abstract

ASSESSMENT OF THE FACTORS INFLUENCING AND COMPARING THE INTRAOCULAR PRESSURE WITH THE HELP OF SCHIOTZ INDENTATION TONOMETER AND GOLDMANNûÂô?ô?S APPLANATION TONOMETER: A CLINICAL STUDY

Background: Intraocular pressure (IOP) is the fluid pressure inside the eye and is maintained by the equilibrium between the forces determining the formation of aqueous humour and the alteration in the resistance to its outflow. IOP is important to evaluate patients who are at an increased risk of glaucoma. Clinically measurement of IOP is based on principles of indentation and applanation and such a method is called Tonometry. The tonometers used today are the Schiotz Indentataion Tonometer (ST) and the Goldmann’s Applanation Tonometer (GAT). However the latter is accepted as the standard one. Aim: 1) To estimate the normal mean IOP for the population under study.2) To study the various factors- age, sex, refractive errors that influence the IOP.3) Merits and demerits of the individual tonometers. Method: A sample size of 100 cases of 200 sets of eyes was taken and divided into 2 groups, Group A with emmetropia, myopia, hypermetropia of both sexes and Group B with frank glaucomatous changes of both sexes. 3 consecutive measurements with GAT were recorded in each eye followed by ST with 5.5gm weight first followed by ST with 7.5gm weight. The whole database was recorded and statistically analysed. Results: Out of the total 200 eyes studied, Group A consisted of 168 apparently normal eyes which included emmetropes, myopes and hypermetropes and Group B comprised of 32 eyes which were frank glaucomatous cases with glaucomatous field defects. On estimating the mean IOP with the help of GAT and ST between the 2 eyes there was not a significant difference. On comparing the refractive status, myopes showed a higher IOP than hypermetropes and emmetropes. With both GAT and ST females had higher IOP than males. The mean IOP increased as age progressed. Group B studies which had frank glaucoma cases showed that the IOP measured with GAT was higher and more accurate to the actual IOP value whereas the readings with Schiotz were variable and unreliable. Conclusion: IOP is one of the key metrics which is used to monitor the health of one’s eye especially an eye with glaucoma. The IOP measured with GAT was more accurate towards the true intraocular pressure and hence Applanation Tonometer is considered gold standard in measuring IOP. 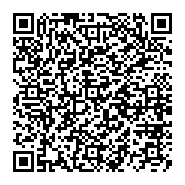