Background: Colorectal cancer is one of the most common oncological causes of increased mortality in Saudi Arabia, especially in men. Awareness programs are beneficial in educating the community on early screening for colorectal cancer. This study was done to know which group of the population need dedicated educational and awareness effort. Method: This is a cross-sectional study that was conducted using a self-administered structured online survey tool through the “Google Forms” platform. The inclusion criteria were all individuals who agreed to participate in the study, aged ≥ 18 years, and residing or working in Hail city. There were no restrictions on the gender, education, nationality, occupation, or socioeconomic status of the participants. All data were analyzed using Statistical Package for Social Science (SPSS) version 26.0. Results: A total of 924 valid responses were included in the final analysis, with a mean age of 30.93 ± 12.44 years. Nearly half of the participants were females (58.23%), most of them were residing in Hail city (79.65%), and the majority of them were Saudi (97.19%). There was an obvious defect in the participants’ total awareness, with a mean score of 7.89 ± 4.36; out of 29 possible points. As per the regression analysis, married individuals had a lower awareness score (p-value<0.001). Moreover, participants with a positive family history of colorectal cancer showed significantly higher awareness scores (p-value<0.001). Conclusion: Married individuals and those with a positive family history of colorectal cancer were significant factors in total awareness while no significant association was found between the total awareness score and other demographic variables. 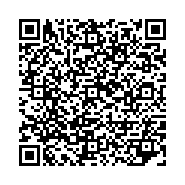