Awareness of First Aid in Different Burn Degrees and its Surgical and Psychiatric Aspects on Patients, in Hail, Kingdom of Saudi Arabia | Abstract

Awareness of First Aid in Different Burn Degrees and its Surgical and Psychiatric Aspects on Patients, in Hail, Kingdom of Saudi Arabia

Background: Burn injuries are one of the most traumatizing and damaging wounds. Causing considerable mortality, prolonged hospitalization, disfigurement, disability, often with resulting social stigma, rejection, psychiatric issues in long run. We aimed to assess the knowledge of general population on first aid and surgical intervention in different degrees of burns and psychiatric aspect on patients; so, the results of this study could help to manage burn injuries.

Methods: A descriptive cross-sectional community-based survey was conducted in shopping malls of Hail KSA. Data was collected from the audience who attended Health Awareness Campaign on Burns between 15th of December 2019 and 15th of January 2020. Data was fed and analysed by using SPSS version 23.

Results: Forty-seven percent of the respondents have received information on burns. Half of respondents had history of either oneself being affected by burn incident or any one of their close relatives. Out of 273 burn cases, 65 had complications later. Almost 29% developed psychiatric issues after that incidence but just 8% consulted Psychiatrist. Only 2% were familiar with the surgical aspect for healing of second-degree burn. Conclusion: Knowledge of respondents on the burn’s issues is very scanty as revealed in our results. 15%-24% of respondents did not know what to do in 1-3 degree of burns that is very alarming. Just 16% knew that there is any role of plastic surgery in 3rd degree burns. Twenty-nine percent had suffered from psychiatric problems after burn incident but just 8% consulted any Psychiatric and those were ones who had total monthly income ≥ 10,000 Saudi Riyals (p ≤ 0.05). These results emphasize the importance of implementing Health Awareness Campaigns in community and in institutions that could minimize burn incidents and psychiatric issues in general population. 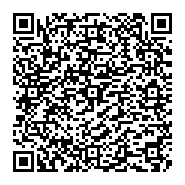