In order to "protect the health of people" Several organizations have been founded and given its role in saving lives when seconds play, is formed Medical Center Emergency Management Whose duty is satisfactory service in the shortest possible time. Because one of the pre-hospital emergency center nurses work centers and first deal with critical diseases carried by nurses, so they are faced with numerous obstacles which could impact on their job satisfaction has less moral distress. In this study, efficient professional barriers and its relation to moral distress and job satisfaction are studied prehospital emergency nurses. This study is a descriptive - correlation of prehospital emergency personnel Bam on 82 Jiroft who were selected by census was conducted. Data gathering questionnaire, including demographic characteristics, barriers to efficient professional, moral distress, job satisfaction after obtaining the appropriate reliability and validity were used. Analysis of the data in this study using SPSS version 18, using measures of central tendency and dispersion, t-test, Pearson correlation coefficient, ANOVA and regression analysis were used. According to the non-normal distribution efficiency and moral distress two variables obstacles relationship between these two variables with Spearman nonparametric Kruskal-Wallis test other variables and for other variables that were normally distributed parametric tests and ANOVA were used Pearson correlation coefficient. A total of 82 patients with mean age (31.54± 5.66) participated in the study showed. Results are73.4% married, work experience, most people (% 91.5) were under 15 years old. Most people (52%) with traffic and pedestrians as factors impeding efficient professional, fully agreed, the average score of moral distress (o.48 ± 2.13), the level of moral distress was most mid-level and job satisfaction 52. 4% of them were average. The results showed that between moral distress and job satisfaction, job satisfaction, and efficiency barriers and moral distress, there are personnel were higher. (P <0.005). 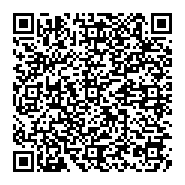