Growth modification is one of the most common treatments in orthodontics; however the success of such treatment depends on patients’ growth stage and skeletal maturity. Therefore estimating patients’ remaining growth potential has important values in treatment planning. The aim of the study was to determine a relationship between developmental stage of cervical vertebrae as a radiographic growth parameter and menarche as a biological parameter. Lateral cephalometric radiographs of 350 female orthodontic patients between 8-18y/o were collected. After getting informed consent, subjects were asked about menarche incidence and the exact date of onset. Subjects whose menarche have not yet happened were followed for six months afterwards so they would be included in the study when menarche occurred. Finally 96 cephalograms with high quality and complete visualization of cervical vertebrae of nonsyndromic patients were considered in the study. Included subjects had their menarche six month before or after the date of radiographic acquisition. To determine the developmental stage of subjects, each lateral cephalogram was separately traced by two professors and the Bacetti methods was used to determine the cervical vertebrae maturation (CVM) of the second, third and fourth vertebrae and were assigned to each of the six developmental stages. Then the percentages of the incidence of menarche in each of the six stages were calculated in order to determine the maximum odds of the incidence of the menarche in each stage. Highest percentage of the incidence of menarche was related to the fourth stage of CVM (37.5 %), with the minimum in the first stage (0%). The highest incidence rates of menarche were noted in the fourth and fifth stages of the development of cervical vertebrae. Consequently, it is advisable to render growth modification treatments before menarche in females. 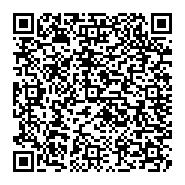