To determine the role of mother race in neonatal outcome of trisomies 21, 18 and 13 using cell free DNA (cf-DNA) analysis. All women administered for a sonographic imaging at their 10-22 weeks’ gestation which were qualified for cf-DNA testing were suggested for increasing aneuploidy risk, between March 1, 2015 to March 30 , 2016. The cf-DNA analysis was conducted after women received genetic counseling in a specialty laboratory. The results were validated by amniocentesis. A total of 1992 women were screened using cf-DNA analysis. The participants were 1631 Non Arabs (Fars, Kurd, and Lor) and 361 Arabs. The fetus risk for trisomy 21 in the Arab women of Arab race was two as much as Non Arab race, but trisomies 18 and 13 in women of Non Arab race were more than Arab race. The role of mother race (such as Arab and Non Arab) in neonatal outcome is very important. 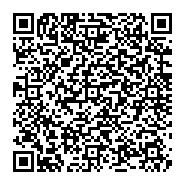