Diabetes and Deteriorating Lung Function Based on Spirometry: A Narrative Review | Abstract

Diabetes and Deteriorating Lung Function Based on Spirometry: A Narrative Review

Background: Many pulmonary dysfunctions are noted in both type 1 and 2 diabetes. This dysfunction can be mechanical in terms of muscle tone or strength, functional in terms of diffusion capacity or gaseous exchange and chemical with regards to mediators. Many hypothesis or mechanisms were proposed and changed along the course of time to support the issue. The studies have shown an increased evidence of lung dysfunction changes in diabetes, both at a time or during the course of time. So the lung complications should also be considered among micro vascular complications to actively search for a better prognosis. Aim: To study the association of diabetes and lung function based on spirometry. Materials and methods: We identified all studies in English Language that evaluated the association of diabetes mellitus and lung function using keywords like “diabetes, lung volume, lung function, diabetes micro angiopathy, spirometry” across various published research articles using Google Scholar Data Base. Conclusion: From our narrative review, a conclusion was made that both varieties of diabetes, type 2 and type1 have reduced lung functions as reviewed by spirometry not only due to adverse events like pneumonia but also due to the extensive period of consequence of diabetes which may be because of micro angiopathy or diminished elastic recoil capability of lungs. 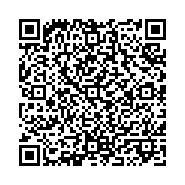