Drug in Action According to Nano Force of Interaction | Abstract

Drug in Action According to Nano Force of Interaction

One of the strong forces of attraction coming from the carbon role is discussed here as the main force of interaction in the protein association during relief work. One can consider several examples of drug interaction with the protein of interest. Here it is taken as microbial controlling beta-lactamase binding oxacillin one for study and to detail out the force of involvement and associated principles. Our results clearly explain the role of carbon in the interaction between the drug of action and associated protein. One can take this principle coming out of carbon value for further study on drug development or protein inhibition value. We conclude here that the carbon value is the best treatment of all sort of interaction associated with drug-protein interaction and all other forces are merely there for the association and not at all important for study in drug development further on. 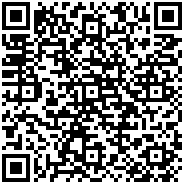