Persistent pain continues to be a common problem among patients undergoing cardiac operations and the need for controlling such pain is believed to be as a prime necessity in terms of the patient’s well being, health care costs and avoiding negative consequences provoked by the pain itself. Regarding to the newly established guidelines, opioid analgesic agents are considered as the mainstay of moderate to severe acute pain. Nonetheless, the underutilization of opioids for pain relief is still a persisting huge challenge. This survey, applying as a concurrent Drug Utilization Review using ATC/DDD system provided and recommended by the DUR group of the World Health Organization, conducted on 108 inpatients who received opioid drugs by parenteral route during 9 months from February to November 2013 at the post-ICU ward of Shahid Modarres Cardiovascular Hospital, affiliated to Shahid Beheshti University of Medical Science, in Tehran. Our findings revealed that morphine was the most commonly prescribed parenteral opioid in the hospitalized patients and pethidine usage was in the lowest level for the geriatric patients, resulting in satisfaction with the analgesic procedure among most of the cases in our study. Both of the mentioned drugs were prescribed by intramuscular route, regarding PRN way of injecting as well. Comparative results of our study with the literature revealed relatively moderate and roughly rational consumption of morphine (10.282 DDD/100bed-days) and pethidine (0.013 DDD/100bed-days). Applying multivariate conditional regression modeling on the question of determining independent predictors for opioid usage, disclosed a direct correlation between the patient’s weight and daily dose of parenteral opioid consumption. 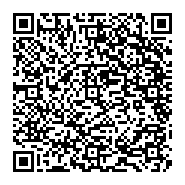