Antiepileptic drugs (AEDs) are the drugs used in the treatment of epilepsy. Many AEDs have been developed, but the ideal AED which can not only prevent but also abolish seizures by correcting the underlying pathophysiology is still not in sight. Calcium channel blockers (CCBs) may form such a group, as the initiation of epileptogenic activity in the neuron is connected with a phenomenon known as “intrinsic burst firing” which is activated by inward calcium current. In this study, Amlodipine, a CCB of the dihydropyridine class was evaluated for its anticonvulsant activity in mice. It was compared with Phenytoin sodium, one of the oldest anti epileptic drugs. Amlodipine was also combined with Indomethacin, a conventional NSAID, to look for any potentiating effect of this prostaglandin-synthesis inhibitor. Materials and Methods: A total of 48 adult Swiss albino mice of either sex weighing 20-30 G were used for this study; 48 were divided into 8 groups, each group containing 6 mice. Group 1-4 MES (50 m Amp for 0.1 secs) induced convulsion method, Group 5-8 evaluated by using the chemo-convulsant, picrotoxin (0.7 mg / kg). Group 1, 5 are controls of MES, Picrotoxin (without treatment). Group 2 &6 administered standard drug phenytoin (0.5mg/100mg i.p), Group 3 & 7: Amlodipine group (8 mg / kg i.p) and Group 4 & 8: Amlodipine (8 mg/kg) and Indomethacin group (20 mg / kg). In MES method Duration of tonic hind limb extension, Clonic convulsions, Recovery period were studied. In Picrotoxin method Latent period before onset of convulsions, severity of convulsions assessed. Results: In electrically induced seizures, the 3 parameters compared are duration of tonic hind limb extension, THLE, (P<0.05); duration of clonic seizures (P>0.05); duration of recovery phase (P<0.0001) and in picrotoxin-induced seizures, the 2 parameters are onset of seizures (P<0.05) and severity of seizures (P<0.05). Conclusion: The combination of Amlodipine and Indomethacin showed a superior anticonvulsant effect than the use of Amlodipine alone, in both electrically-induced seizures and picrotoxin-induced seizures in mice. 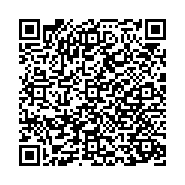