Groin strain is a prevalent sports related injury. This type of muscle strain can occur as a result of severe physical activity in people who lack sufficient preparedness. There are many muscles in hip and pelvis area which are responsible for movements of the pelvis joint in different motor plates. Some times as a result of an impact or severe physical activity, these muscles are over stretched and muscle strain phenomenon occurs consequently. Those pelvis muscles which are more than others prone to straining include the adductor muscles of hip. The main objective of the present study is investigation of effects of eccentric exercises for hip adductor muscles on lower limbs’ strength and performance among male taekwondo players suffering from lower limb injuries. The population of this study includes the entire male Taekwondo players of Tehran during 2015. Among the target population, a number of 30 individuals were selected as the sample of the study through a purposive sampling method. Afterwards, using a random assignment method, the sample was divided into two groups of control and experimental. Conditions for participating in the study included having at least a two year experience of playing Taekwondo for three times a week in addition to being aged between 16-20 years. Prior to performance of the intervening program (hip adductor muscles strengthening program), subjects passed the eccentric and concentric hip adductor muscles test using a dynamometer and Isokinetic. They also passed the lower limb movement performance test by taking part in vertical jump test, one-foot single jump distance, one-foot triple jumps distance, stairway leap running time, sweep running time and one foot squatting test. Intervention included performance of eccentric exercises using a strap for strengthening hip adductor muscles for a period of eight weeks. 48 hours after execution of intervention program, the subjects have taken lower limbs strength and performance tests as they had taken their pre-test. Descriptive statistics have been used for describing and organizing data obtained from posttest and pretest. In term of inferential statistics, the Co-variance analysis was applied. In case of significance of average differences in Covariance test, the LSD post hoc test would be applied. It is noteworthy to mention that the entire statistical operations were performed using the SPSS software v.23. Findings of the study have shown that eight weeks of eccentric exercises of hip adductor muscles lead to improvement of concentric and eccentric strength of hip muscles as well as improvement of movement performance of lower limbs among male Taekwondo players suffering from groin strain. As a result, performing eccentric exercises is recommended for people suffering from groin injuries. 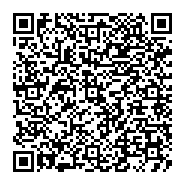