The damage caused by sharp objects is one of the most important biological hazards among health care workers. Due to the importance of occupational injury, this study aimed to investigate the efficiency of using safety intravenous catheters with the safety Chamber features in reducing the damage caused by the needle during veni puncture in Afzali pour hospital wards in Kerman. This was a Quasi-experimental study. The sample was consisted of all nurses who worked at Kerman Afzali pour Training hospital during the course of the study.After training was provided to the staff, the available intravenous catheters were distributed among them by hospital medical equipment units. The data were gathered six months before and after the use of safety intravenous catheters, and were analyzed by using SPSS and descriptive statistics tests.The average age at the time of NSI (4.7 ±) was 30. People who were in the range of 25-29years oldhad40%injuries.There was a significant correlation between the NSI in the second half of2011 and first half of2012before and after the use of safety angicuts. (p<0.001)Considering the results, the use of safety needles is recommended to reduce injury 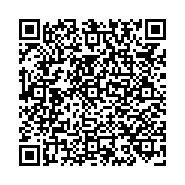