Effect of vaginal progesterone suppository (200 mg) on preventing preterm labor after the inhibition of uterine contractions: A randomized clinical trial

Preterm labor implies a childbirth before the completion of 37 weeks, and accounts for the majority of infant mortalities. Finding proper medications is essential in the treatment procedure. The present research aimed to investigate the effect of vaginal progesterone suppository (200 mg) on the prevention of preterm labor after inhibiting uterine contractions. Participants were patients hospitalized in Shariati Hospital of Bandar Abbas in 2014-15. As a randomized clinical trial, the present research focused on all pregnant women who referred to Shariati Hospital in Bandar Abbas due to preterm uterine contractions in 2014-15. The inclusion criteria were: pregnancy with a singleton and passing one’s 26th-34th week of pregnancy. Through convenient sampling method, 200 women were selected to enter the study. According to the table obtained from Random Allocation software, they were randomly divided into two groups, each comprised of 100 subjects. They were monitored for 48 hours in terms of uterine contractions and then if there were no contractions and change of dilatation or cervical effacement, they were discharged. They were asked to return for a revisit one week later in their 34th week of pregnancy. SPSS (version 17) was used to analyze the data through Man-Whitney U-test, Fisher’s exact test, t-test and chi-squared test. P-value of significance was set at ≤.05. A statistically significant difference was found between the two groups in terms of the frequency of term and preterm labors (P<0.05). The Apgar score of infants in the intervention group was higher than the control (P<0.05). The rate of respiratory problems in the intervention group was significantly lower than the control (P<0.001). The rate of septicemia in the infants of the intervention group was 8% as compared to the control group 20%. The weight of infants in the intervention group was significantly higher than the control (P<0.05). Prescribing vaginal progesterone suppository (200 mg) can probably help to prevent preterm labor and fetal complications such as respiratory problems, need for artificial ventilation, septicemia, low birth weight and low Apgar score. 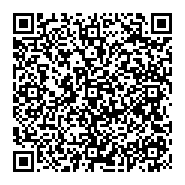