This research is a semi-experimental study ( pretest-posttest and follow-up design with a nonequivalent control group) and aims to investigate the impact of two evaluation models for students’ educational performance on their self-efficacy and self-regulation behavior. The statistical population consists of all the students in the second period of primary school in the academic year 2014-15, who amounted to three million people and 360 individuals were selected as the sample through multi-stage cluster sampling from District 1 of Mashhad. The students were assigned into six groups using stratified allocation method. After taking the pretest of Wheeler and Ladd Self-Efficacy Questionnaire for Children (SEQC) and Zimmerman and Pons Self-Regulation Inventory for Students (SRLIS) and assessment of educational and behavioral performance of all groups, each of the three experimental groups randomly received 360 and 720 degree educational performance appraisal program for two months. Afterwards, a posttest was taken from the experimental and controlgroups and after two months, a follow-up test was conducted. In the end, the data was analyzed through singlefactor analysis of variance with repeated measures. The results of this study revealed that the effect of 720 degree appraisal method on self-efficacy and educational performance has been significant, but it had no influence on selfregulation. Further, 360 degree appraisal method has had an impact on self-efficacy and self-regulation, but had no effect on educational performance. 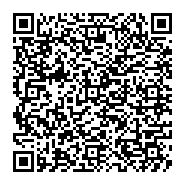