This research was a pretest-posttest quasi-experimental study design with a nonequivalent control group, which was conducted with the aim of investigating the effectiveness of problem-solving skills training in the attributional style and socialization of divorced women in Kashmar. The research sample consisted of 30 divorced women (18 in the control group and 12 in the experimental group) who were selected voluntarily and through available sampling method. The research tool included Peterson and Seligman Attributional Style Questionnaire and Social Skills Scale of Life Skills Questionnaire. After selecting and randomly dividing the experimental and control groups, a pretest was initially administered for both groups and then, the pilot intervention (problem-solving skills training) was conducted during 8 sessions of 90 minutes for the experimental group. After the completion of the training program, both groups took a posttest. For data analysis, analysis of covariance (MANCOVA) was used. The results obtained from data analysis demonstrated that problem-solving skills training leads to improved attributional style and enhanced socialization among divorced women of the experimental group compared to the control group. 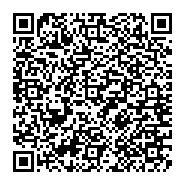