Effects of Propofol and Midazolam on NewbornsĂ˘Â?Â? Apgar Scores and MothersĂ˘Â?Â? Hemodynamic under Spinal Anesthesia | Abstract

Effects of Propofol and Midazolam on NewbornsĂ˘Â?Â? Apgar Scores and MothersĂ˘Â?Â? Hemodynamic under Spinal Anesthesia

At present, cesarean section is the most prevalent surgical procedure in women and the anesthesia performed for it has turned into a selective technique. This study compared the effects of midazolam and propofol on newborns’ Apgar scores and on the hemodynamic status of the mothers undergoing cesarean sections. This research, in the form of a double-blind clinical trial, was carried out on forty-two15 - 35 year-old of class ASAI and II pregnant women who underwent cesarean section. Using the simple random method, they were divided into two groups of equal members: 21 in the Propofol and 21 in the midazolam groups. The newborns’ Apgar scores were recorded 1 and 5 minutes after birth and the mothers’ hemodynamic status 3, 5, 10, 15, 30, 60 minutes into the surgical procedure. The data was analyzed using SPSS, the repeated measurement test, and the independent t-test. One and five minutes after birth, there were no significant differences between the newborns’ Apgar scores in the two groups (p=0.08), or between the two groups (p=0.33). Results showed there were no statistically significant differences between the Apgar scores of the newborns at low doses of midazolam and propofol. 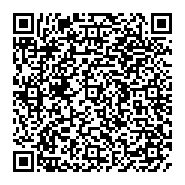