Effects of vermicompost and nitrogen fertilizers on growth of Jimson weed (Datura stramonium L.) as a medicinal plant | Abstract

Effects of vermicompost and nitrogen fertilizers on growth of Jimson weed (Datura stramonium L.) as a medicinal plant

An experiment was conducted in order to evaluate the effect of organic (3 and 6 ton/ha vermicompost) and chemical (150 and 300 kg/ha nitrogen) fertilizers on growth, seed dispersal and heteroblasty of jimson weed at green house of Shiraz University in 2012. The results showed that the highest and the lowest plant growth, seed production and seed dispersal was in 300 kg/ha N and 6 ton/ha vermicompost, respectively. Position of the seeds on maternal plant had an important influence on the emergence percentage. Seeds on the middle and lowest parts of the plants had less emergence percentage compared with those on the higher parts. In general, application of 300 kg/ha nitrogen accelerated the growth of jimson weed and increase dispersal and heteroblasty of the jimson seed. 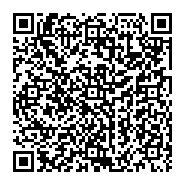