Introduction: Pulmonary Hypertension (PH) is one of the common complications of Chronic Obstructive Pulmonary Disease (COPD). Echocardiography is a rapid, non-invasive and accurate method of investigation to diagnose PH. Pulmonary hypertension in COPD adversely affects survival and exercise capacity and is associated with an increased risk of severe acute exacerbation of COPD. Aim: To identify the different grades of pulmonary hypertension in COPD and the correlation between the severity of pulmonary hypertension with the severity of COPD. Materials and Methods: The present cross-sectional observational study was carried out at Veer Surendra Sai Institute of Medical Science & Research, Burla, Odisha, India, from November 2015-October 2017. A total of 40 patients with clinical signs and symptoms of COPD fulfilling inclusion criteria were examined and diagnosed as the case of COPD were included in the study. All cases of COPD are divided into mild, moderate, severe, and very severe as per the GOLD classification of COPD. PH is classified into the mild, moderate, and severe categories as systolic Pulmonary Artery Pressure (sPAP) 30-50, 50-70, >70 mmHg, respectively, and using the Chemla formula, mean pulmonary arterial pressure is calculated, and mean Pulmonary Artery Pressure (mPAP) of 25-35, 35-45, and >45 mmHg is classified as mild, moderate, and severe pulmonary hypertension, respectively. The data were analyzed and a p-value of ≤ 0.05 was considered significant. Results: A total of forty (40) patients, 67.5% were male and 32.5% were female included in this study. The mean age of all patients was 66.42 ± 6.26 years. Half (50%) of patients belong to the age group 60-69 years. Out of 40 patients, 15 (37.5%) patients were found to have pulmonary hypertension. The frequencies of pulmonary hypertension in mild, moderate, severe, and very severe COPD were 0%, 11.76%, 46.15%, and 87.5% respectively. A statistically significant increase in the frequency of PH is noticed as we moved from mild (0%) to moderate (11.76%) to severe COPD (46.15%); similarly between severe COPD (46.15%) and very severe COPD (87.5%). Conclusion: The frequency as well as the severity of pulmonary hypertension increase as the severity of COPD increases and also the frequency of Corpulmonale increases as the severity of COPD increases. 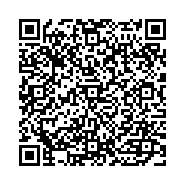