Excessive level of Homocysteine (Hcy) is considered a neurotoxin since it has a very deleterious effect on the nervous system. It is a sulfur-containing amino acid that is reversibly formed and secreted during metabolism. Preclinically and clinically, Hcy exhibits several neurological mechanisms that have been reported in the pathogenesis of Alzheimer’s disease, stroke, Parkinson’s disease, multiple sclerosis, epilepsy, neuronal cell death, and amyotrophic lateral sclerosis. Homocysteine may promote Alzheimer’s disease by more than one mechanism, including oxidative stress, neuronal cell damage, tau phosphorylation, enhancement of beta-amyloid aggregation, and hyperactivation of NMDA receptor. Moreover, it increases the production of chemokines by stimulation of nuclear factor-kappa B. It is well known that the use of levodopa diminishes the symptoms of Parkinson’s disease but also lead to an elevation in the level of homocysteine. In this review, we highlight the associate relationship between hyperhomocysteinemia and neurological disorders by discussing its neurodegenerative effects. 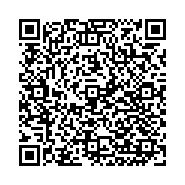