IMPACT OF AGGRESSIVE SURGICAL INTERVENTION IN FOURNIERĂ˘Â?Â?S GANGRENE AND ITS CORRELATION TO THE OUTCOME IN PATIENTS AT A RURAL HOSPITAL | Abstract

IMPACT OF AGGRESSIVE SURGICAL INTERVENTION IN FOURNIERĂ˘Â?Â?S GANGRENE AND ITS CORRELATION TO THE OUTCOME IN PATIENTS AT A RURAL HOSPITAL

Background: Fournier’s gangrene is rare and rapidly spreading aggressive and progressive infection of the perineum in which fascial necrosis is more extensive than the visible gangrene. Early surgical debridement prompt antibiotic administration, are essential for a better prognosis. Delay in diagnosis or treatment increase the mortality rate. This could be because of the multi factorial and poly microbial association of the disease. Aim: We attempt to describe the importance of early radical debridement and its effect on the outcome of the disease. Methodology: We conducted an analytical study on 26 patients of Fournier gangrene admitted in the rural hospital from July 2011 to July 2014. On admission, their Fournier gangrene severity index was calculated. The broad spectrum antibiotics were started and radical debridement was done in all patients on the same day within 6 hours of admission. Daily dressing was done till the wound showed healthy granulation tissue. The scrotal skin was mobilized and suturing was done. Result: In our studies there was no mortality. This indicates that early aggressive resuscitation to correct the dehydration and early radical debridement improves the outcome in this rare and fatal disease. 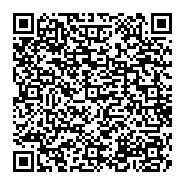