Objective: To identify the baseline data for selected key family practices for implementing the Community Component of IMCI in the Muscat Governorate, Sultanate of Oman. For this purpose, we conducted a situation analysis to assess the adherence to the key family practices. Methods: A pre-tested structured qualitative questionnaire was developed. Data were collected from the participants (mothers) with an Anti Natal Card Number (ANC) living in the Muscat Governorate. The data collection started from January 2014 and concluded in December 2014. The 12 key family practices were adopted from World Health Organization (WHO) and modified according to the Omani context. Capacity building to perform the field survey followed this. The capacity building was based on identifying the regional focal points along with the task force that consisted of head of Health Education in each district (Wilayat) and identifying the Community Support Groups (CSGs). The task force was trained to reach out to the participants and get the responses on a voluntary basis. Results: Only 9% of the participants were exclusively breast-feeding their infants, 26% reduced feeding when their children had diarrhea while 6% stopped feeding their child completely, 19.1% did not know how to prepare Oral Rehydration Solution (ORS), 61% took their child to a medical facility immediately when there was cough or cold, 22% started complimentary feeding before the age of 6 months, 12.7% did not know about the WHO recommended total calorie intake for their child, 15.5% did not have any idea about the dietary requirements for their children, 39% stated that if their child had diarrhea, they would not change the diet, 12% stated that they had no idea about the general danger signs, 55.8% stated that cough and cold was a direct consequence of exposing the child to cold weather, 23% stated that in a situation where their child was not improving, they would immediately change the doctor. Conclusion: The findings indicate that there is an urgent need to implement Community Component of IMCI (IMCI-CC) in the Sultanate of Oman. 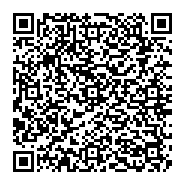