One of the most valuable foods is fish due to minerals, vitamins, fats known as omega-3 raised today the valuable food and the precious pharmaceutical. The World Health Organization has mentioned that the consumption of fish at least twice a week is one of the effective factors in prevention of cardiovascular disease, stroke and sudden death due to heart attacks. This study is a cross-sectional analytic-descriptive survey. The population covered in this study was all households in health- care centers in Zahedan according to socioeconomic and cultural status of Zahedan and 400 samples were analyzed as available. Data collection instrument was the questionnaire which was completed in-person interview. After collecting, the data were analyzed using SPSS software descriptive and analytical statistical methods (t-test, ANOVA). The mean age of the patients was 30.51 ± 9.88 years. According to results, only 53 (14.17%) of households, according to the World Health Organization, ate fish at least two times or more during a week. Average fish consumption was 3.67 ± 2.37 times in a month. The most important barriers on fish consumption were mentioned, respectively, high price 50.14%, bad smell 15.56%, the lack of awareness of the benefits 9.22%. There had been observed a significant correlation between jobs, the incomes and education levels of samples and the average fish consumption. The improvement of attitudes of people towards the benefits of fish consumption, the continually encouragement of people to fish consumption by the media and key individuals, the familiarization of families with the benefits of fish consumption, the reduction of prices, offering a variety of products and the use of techniques to remove odors have the important and worth wide roles in raising consumption of protein products. 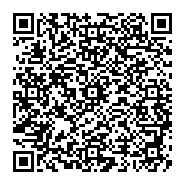