Antibiotics are usually prescribed by surgeons before and after surgery to prevent postoperative infections. Prophylaxes used for cesarean section in Lamrerd are cefazolin and cephalexin. According to studies carried out, urinary tract infections can also occur in spite of the above prescribed antibiotics. So, this research was carried out to determine those strains resistant to the mentioned antibiotics and also to identify genes causing resistance in antibiotic-resistant strains. Methods: 140 cases of mothers who had cesarean section (C-section) were considered in this study. The research began in April and lasted till July 2014 for case selection and sampling. It was emphasized to those women delivered via C-section to refer to laboratory 15 days after delivery. UA-UC tests were done on them. Phenotypic confirmatory test was performed for cefazolin and cephalexin antibiotic-resistant strains in the presence of ceftazidime, ceftazidime/clavulanic acid and cefotaxime, cefotaxime/clavulanic acid discs. The presence of CTX-M and TEM genes in the resistant strains were examined finally by performing PCR test. Results: Of 140 studied C-sections, 10 cases of urinary tract infections including 3 cases of E. coli (2.1%), 1 Klebsiella (0.7), 2 cases of Proteus (1.4%) and 4 cases of Staphylococcus (2.8%) were observed. According to phenotypic confirmatory test, Escherichia coli and Klebsiella strains were isolated as strains containing ESBL for next studies. Finally, according to PCR test for Escherichia coli and Klebsiella isolates, all of them contained CTX-M and TEM genes. Conclusion: It is necessary that microbial culture and antibiogram tests to be done before administering any antibiotics, in order to prevent the spread of strains containing ESBL with proper prescription of antibiotics 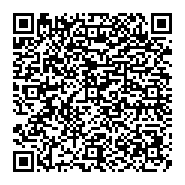