To measure the role of anxiety and non-clinical depression as predictors of academic stress. In this study, supplementary objective had been gauging the prevalence of anxiety and depression among medical students of first year and final year, sought from six major medical colleges of Punjab. Almost all health professionals, no matter to which part of the world they belong to, face anxiety, depression and stress due to the nature of services they have to extend in medical profession such as time-pressures, workload, multiple roles and emotional issues. Quantitative research designed was employed; and cross sectional research design was used to lay out the research. The data was collected from first year and final year medical students. The duration of data collection was from Sep, 2014 to Sep, 2015. In Faculty of Medicine of five leading medical colleges, with total number of 650 students, the prevalence of anxiety and depression was found to be 83.9% and 67.9%, from first year to fourth year respectively, based on the cut-off points of both questionnaires. There was significant association among anxiety, depression and academic stress as computed through Pearson Product Moment Correlation. The regression analyses revealed that depression was significant predictor of academic stress but this was not the same for anxiety. Females were more anxiety and depression prone and reported greater academic stress than males. The study revealed significant distress among medical students, in terms of both anxiety and depression. It was inferred that the depression acts as pertinent predictor of academic stress. Furthermore, it was noticed that the prevalence of symptoms was higher among females. The findings carry significant implications for highlighting the addressing the need for psychological wellbeing of medical students in order to establish conducive environment of learning for medical professionals. 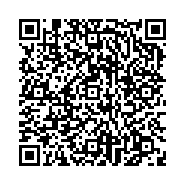