Patient satisfaction plays a crucial role in assessments of the effectiveness of healthcare delivery. It is of absolute importance in the quality assessment as its comprehensive analysis can highlight both well-functioning and problematic aspects of a hospital. This descriptive cross-sectional study aimed to assess the satisfaction of 375 patients admitted to the emergency department (ED) of King Abdulaziz Medical City in Saudi Arabia between December 2016 and September 2017 and to determine the related factors. The patients, selected through non-randomized convenience sampling, completed a validated questionnaire in two phases: August-September and December-January. The mean (standard deviation) score of overall satisfaction was 57.59 (8.69) (range: 19-70). The domain that had the highest “excellent” score was admission (171; 45.8%), while that with the highest “poor” score was nursing care (141; 37.6%). Most participants rated their level of satisfaction as good (96; 50.8%). Those who had been hospitalized in the three days prior to filling out the questionnaire and those who waited longer to see the doctor were significantly less satisfied (p=0.007 and p<0.001, respectively) compared with the other patients. Higher satisfaction levels were observed among patients who were treated in the main ED, were admitted during the morning shift, visited the ED during the slower season (August-September), and had experienced less waiting time to see the doctor. Patients were mostly satisfied with admission and least satisfied with nursing care. 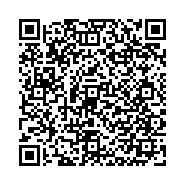