Prevalence of ESĂ?Â˛L types TEM, SHV, CTX in isolates of Salmonella, Citrobacter and Enterobacter spp. from patients feaces in Tabriz

Extended-spectrum β-lactamase-producing bacteria are a worldwide healthcare problem exacerbated by antibiotic use and transmission of resistant bacteria by carrier. This study analyzed stool carriage of ESβL producing Salmonella, Citrobacter and Enterobacter spp.in the outpatients and inpatients in order to assessment entrance of these bacteria into hospitals. During the period from April 2015 to July 2016 stool samples were obtained from 200 out patients at beginning of admission and 200 inpatients after 48 hours hospitalization. Specimens were cultured in CTX-MacConkey agar and selenite F broth for salmonella enrichment. All cefotaxim resistant bacteria were identified by biochemical tests and ESBL-producing bacteria were detected using double-disk synergy test (DDST). Susceptibility of ESBL-producing isolates was also determined by disk diffusion method. TEM, SHV and CTX genes were investigated by PCR. Of the 400 stool samples tested, 9 (2.25%) ESBL producing bacteria including 2 (1%) from outpatients and 7 (3.5%) from inpatients were isolated. Citrobacter freundii was the predominant ESBLproducing organism 4(1%). No Salmonella typhi was detected but two (0.5%) Salmonella typhimurium from in patients were isolated. Overall, imipenem and amikacin were the antibiotics most active against the ESBL producing organisms. blaCTX-M, blaTEM, blaSHV, were noticed in 75%, 50%, and 25%, of citrobacter isolates, respectively. Patients are one of the most important carriers of ESBLs to hospitals. In addition, our findings suggest the concurrent society spread of different ESBL genotypes, not a development of special ESBL genes. 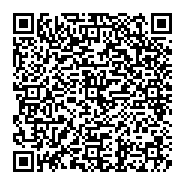