Melanoma is a malignant neoplasm caused by the uncontrolled growth of melanocytes and the production of skin pigmentation. Melanoma treatment varies depending on the type and location. To treat melanoma cutaneous (MC), different surgical treatments are used and for histological treatment of the of melanoma lesions, surgical resection is the standard treatment. However, margin optimal resection for treatment of MC is of controversial issues. The aim of this study was to obtain the desired size and safety margins for melanoma surgery, to examine 4-year survival rate, recurrence rate, and its variants in patients with melanoma who underwent surgery were clear margin. The study population was patients diagnosed and hospitalized with melanoma by a pathologist to perform a surgical resection from 1992 until 2010 in the Department of Plastic and Reconstructive Surgery of Razi Hospital and Cancer Institute of Imam Khomeini Hospital. Demographic information of the patients was recorded in the prepared form, and in the first stage of the procedure, with the observed macroscopic lesions margin determined by the anatomical contours. Then the lesion was resected with 5, 1-2 cm margin. Depending on the extension of the lesion, this procedure was performed under local anesthesia with IV sedation. Samples were sent to pathology and positive and negative margins of the cut were determined, and in case of negative resection of the point, surgical resection was done with flap or graft. In case of positive margin, the first stage of the procedure was repeated, so that the environmental margins were negative. In the presence of thicknesses higher than one millimeter, sentinel lymph node biopsy was performed, and in the presence of positive lymph nodes in clinical examination, with video actions neck lymph node dissection was performed. Three months after surgery, local recurrence was assessed. Duration of follow-up was 4 years that was carried out regularly once every three months and follow up of patients was through phone calls, visits, and patient re-interviews were conducted. During the treatment and follow-up of tumor characteristics, the surgical findings and disease recurrence in the demographic data were recorded.In this study, 85 people 57 of whom were male (67.1%) and 28 females (32.9%) were studied whose mean age was 65.7 ± 18.0 (100-17) years. The average size of the primary lesion macroscopically is 3.04 ± 1.7 (8.20- 0.48) cm and margins mean size was 1.95 ± 1.2 (6-0.3) cm. In pathology, the average number of nodes was 1.10 ± 3.09 with a median of zero (21-0). The average duration of relapse in Razi Hospital was 36.9 ± 7.7 months, and in Cancer Institute, it was 23.09 ± 2.9 months where comparison between the two groups showed no statistically significant difference. Local recurrence average duration was 14.9±11.1, regional recurrence was 15.8±3.3, and systemic recurrence was 17.1 ± 5.1 months and comparing three groups showed no statistically significant difference (P=0.977). Comparing the average size of the initial macroscopic lesions in Razi Hospital and Cancer Institute did not show statistically significant differences. In comparing the size of surgical margins in terms of the presence or absence of recurrence, no statistically significant difference was observed. In comparing the mean size of surgical margins in three groups of local, regional, and systemic recurrences no statistically significant difference was observed. Moreover, by using Tukey test, no significant correlation was observed between any of the groups. The 4-year survival rate was 95.3% and the recurrence rate was 52.9%, and the rate of local recurrence was less than systemic or regional recurrence. According to the findings, the size of the surgical margins is likely not to be associated with the recurrence and survival. It can be advised that for maintaining the beauty and function of the face, depending on the type of pathology and the depth of the surgical margins, consider 1-2 cm meters depth of the lesion and after surgical resection send the margins to pathological examination. In case of negativity, the restoration in the affected area was done using flaps or grafts. 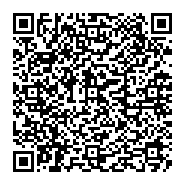