The Association between Neonatal Sepsis and C-reactive Protein: A Cross-Sectional Study at Tertiary Care Hospital | Abstract

The Association between Neonatal Sepsis and C-reactive Protein: A Cross-Sectional Study at Tertiary Care Hospital

Background: Neonatal Sepsis is a blood bacterial infection that develops in neonates and it is considered as a serious and life-threatening disease. The aim of this study was to evaluate the diagnostic value (sensitivity and specificity) of CRP in the diagnosis of neonatal sepsis. Methods: A cross-sectional hospital-based study was carried out at King Abdulaziz Medical City (KAMC) in Riyadh, Saudi Arabia between 2016 and 2017. In this study, we included all neonates who have been diagnosed with neonatal sepsis during the study period. Based on the result of blood culture we divided our study population into confirmed neonatal sepsis cases and neonates with clinical manifestation of sepsis and negative blood culture results. Results: A total of 145 neonates were included, 51 were selected in the control group (normal neonates without any signs of sepsis), 46 neonates had sepsis with a positive blood culture and 48 neonates in clinical sepsis group (with clinical signs of sepsis but their blood culture was negative). The CRP level was significantly high in neonates in the sepsis group (with a mean=7.02 ng/ml) compared with neonates in the clinical sepsis group (mean=3.73 ng/ml) and in the control group (mean=0.4 ng/ml). The frequency of the respiratory problems and jaundice was higher among neonates in the sepsis group compared to clinical sepsis group (p<0.01). CRP has a high sensitivity (95%) and specificity (86%) at the cut-off point of 4.09 ng/ml. Conclusion: CRP has been found to each high level in neonatal sepsis and it has a relatively high diagnostic value when 4.09 ng/ml is used as a cutoff point for the diagnosis of the neonatal sepsis. 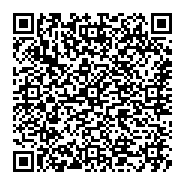