The Effect of Benson's Relaxation on depression, anxiety and stress in patients undergoing hemodialysis | Abstract

The Effect of Benson's Relaxation on depression, anxiety and stress in patients undergoing hemodialysis

Background: Chronic renal failure is a chronic disease in its end stage (ESRD), renal function was not enough to sustain life and person requires replacement therapy such as hemodialysis. One of the problems of patients on hemodialysis are depression, stress and anxiety. Objective: Determining the effect of Benson's relaxation on depression, anxiety and stress in patients undergoing hemodialysis in the province of Ilam. Patients and Methods: This triple-blind clinical trial study with repeated measures was conducted at five intervals before, immediately and one, two and three months after intervention on 70 patients undergoing hemodialysis in the province of Ilam in 2015-16. Samples were selected by census and assigned in two experimental and control groups randomly. Benson's relaxation intervention was done during 15 minutes twice a day for 4 weeks. Data was gathered by DAS questionnaires (Depression Anxiety Stress -21). Analysis was taken by SPSS software, version of 22 using descriptive statistics and inferential tests (paired t test, analysis of variance for repeated measures, post hoc tests SN- K, Duncan, Scheffe and Tukey). Results: The mean score of depression, stress and anxiety in experimental and control groups showed no significant difference before the intervention. There is a significant difference between stress and anxiety in experimental and control groups in all intervals after intervention (P <0/05). There isn’t any significant difference between mean scores of depression at any measuring times. Conclusion: Utilizing Benson's relaxation was recommended to reduce stress and anxiety in patients undergoing hemodialysis. Considering the lack of effect of this technique on depression, other studies need to be done in this area. 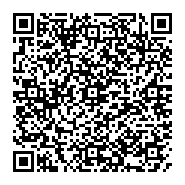