Increased plasma level of adiponectin can improve insulin resistance in skeletal muscle cells. Activation of PPARγ transcription factor can increase the expression of adiponectin gene and adiponectin level. Biochanin A, a natural compound, is a PPARγ agonist. The aim of this study was to investigate the effect of Biochanin A administration on adiponectin expression, insulin resistance and control of type 2 diabetes mellitus. Adult male Wistar rats were used in this study. Induction of type 2 diabetes mellitus was performed by single intraperitoneal injection of Streptozotocin-Nicotinamide. Animals were randomly divided into 8 groups and Biochanin A was administrated for a month at 4 different doses: 1 and 5 mg/kg IP, 10 and 20 mg/kg orally. Some biochemical parameters such as fasting blood glucose, plasma insulin and HOMA index were measured. Adiponectin level in adipose tissue was examined by western blotting analysis. Results of the present study demonstrated that Biochanin A consumption at doses of 5mg/kg IP, 10 and 20mg/kg orally decreased the fasting blood glucose level, increased adiponectin level in adipose tissue and improved insulin resistance significantly. Based on findings of present study, it can be concluded that increased adiponectin level in adipose tissue accompanies with improved insulin resistance 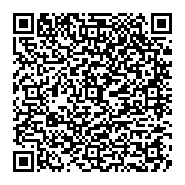