Hot flashes and night sweats associated with menopause are the most annoying symptoms among premenopausal women and have been ranked as the first reason for referral to medical centers. The common treatment for this symptom is administration of Hormone Replacement Therapy (HRT) that has some adverse effects and is sometimes contraindicated. Therefore, use of herbal drugs that have fewer side effects needs to be investigated. This study aimed to investigate the influence of salvia tablets on hot flashes, night sweats, and estradiol hormone in postmenopausal women referring to healthcare centers in Shiraz. This double-blind randomized clinical trial was performed on 100 qualified postmenopausal women with hot flashes. The study women were divided into two groups daily treated with 3 salvia or placebo tablets (100 mg) for 8 weeks. Estradiol hormone and menopause symptoms were evaluated using Menopause Rating Scale(MRS)1 week before and 8 weeks after the beginning the intervention. Besides, duration, intensity, and frequency of hot flashes and night sweats were evaluated every week, and the two groups were compared in terms of these variables. The results showed no significant difference between the two groups regarding demographic information, hot flashes, night sweats, and other menopause symptoms in MRS scale before the intervention. After 8 weeks, however, hot flashes, night sweats, and MRS scores significantly decreased in the saliva group compared to the control group. However, no significant difference was observed between the two groups concerning the estradiol levels. Yet, the results of intra-group analysis showed that the level of this hormone increased in the sage group. Sage tablets were effective in treatment of hot flashes, night sweats, and other menopausal symptoms in postmenopausal women. Thus, they can be considered as an alternative therapy for the individuals who are not able to use HRT. 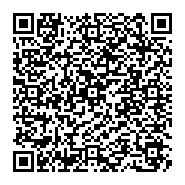