The Effect of Social Networks on the Scientific Research Relations, Prospectiveness, Creativity and satisfaction of Scientific Position | Abstract

The Effect of Social Networks on the Scientific Research Relations, Prospectiveness, Creativity and satisfaction of Scientific Position

Considering the high cultured efficiency of the social networks effective in purposeful directing the life of the users’ lifestyle by emergence and significant development of the social networks. Major changes have taken place in informatics process. The social networks can play role in the production and development of the science and the science as a managed educational program be used in the educational centers. This research investigates the effects of the social networks on the educational relationship among the students and universities. This cross sectional study was performed on 1000 students at 7 medical universities of Iran in 2015. The data collection tool was questionnaire comprised three sections with approved validity. The durability of the α-cronbach coefficient for second part of the questionnaire was 80% and of the third section on the questions with the Likert Criteria was 75%. The obtained data were analyzed by descriptive statistic method of ANOVA, Tukey and X2 using SPSS-19. In this study 940 subjects were under study, of them 85% had the daily use of social networks. Telegram had the highest usage among the users, 52% preferred the image in exchange of view. We found that 85% believed that social networks have effective role on the social relationships. Also 69% of the study subjects believe that the effects of the networks in learning insignificant materials are high. Referring to the obtained data of the present study, it is proposed that the universities use the social networks officially and managed. Establish groups with definite context and help in improvement of the scientific relation level, to be effective in the prospectiveness, creation and consent of the individuals from their scientific situation, in direct procedure. 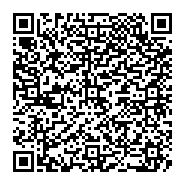