The Effect of Stress Coping Skills Training on Family Functioning in Families with Mental Patients Referred to Razi Psychiatric Hospital in Tehran, Iran

The aim of this study was to evaluate the effect of stress coping skills training on family functioning in families with mental patients referred to Razi Psychiatric Hospital in Tehran, Iran during 2015-2016. In this experimental study, 82 members of the families with psychiatric patients who had been hospitalized for the first time for treatment were randomly selected. To collect data, the standard Family Assessment Device (FAD) was used before and after intervention. The samples were randomly divided into two intervention and control groups. The first test was held for both groups. In the intervention group four training sessions were held, as well as educational pamphlet was provided. The second test was held 14 days after the implementation of the training for the intervention group, but it was held for the control group 14 days after implementation of the first test. Finally, the test results were compared before and after training, as well as between the two groups. The results showed that family functioning in the intervention group compared to the control group after training is statistically significant (p= 0.001) also the average of general family function and other dimensions has decreased after the intervention except for behavioral control (p =0.001). According to findings of this study stress coping training is considerably effective on family functioning in families with mental patients; therefore the implementation of this method to improve family functioning is recommended. 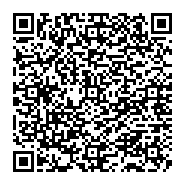