Today, the simultaneous increase of obesity and vitamin D deficiency is estimated to affect over one billion people in the world. An association between vitamin D deficiency and obesity is well known, but the mechanisms are not totally clear yet. This study was designed to investigate the effect of weight loss on serum vitamin D levels in obese women. Methods: The study has been performed on 44 obese women who were admitted to the in TEV Sultanbeyli State Hospital Nutrition and Dietetics Clinic between the dates October 2016 and April 2017. In the first meeting, the demographic features and dietary habits were interrogated with a questionnaire form; 3-day food consumption records were taken; body compositions were determined with anthropometric measurements and the biochemical parameters were analyzed. After the first meeting, a specific weight loss diet program was generated, and nutritional education was given to the subjects. Results: The correlation between vitamin D and BMI values after the study showed a positive correlation (r=0.52) in the 5-10% weight loss group and a negative correlation (r=-0.52) in the >10% weight loss group. But this relationship was not found to be statistically significant because the total number of subjects was low (p>0.05). Conclusions: This study shows that there may be a higher rise in vitamin D levels in patients with larger volumes of body fat loss. Therefore, there is a need for prospective studies with larger numbers of subjects. 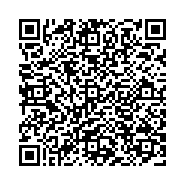