Background: Smoking is a hallmark preventable health issue worldwide. The role of smoking in the aetiology of prostate cancers remains a lack of consensus. Methods and material: 100 male albino Wistar rats were used. The smoking group (n=40) was exposed to cigarette smoke for 2 hours per day for 8 weeks. The rest were set aside as a control group (n=60). At the end of 8 weeks, the rats were sacrificed and haemoglobin and serum cotinine values were measured. The prostate glands were excised and dorsolateral strips were prepared for in vitro examination. After application of 80 mM KCl, carbachol, and phenylephrine, respectively, contraction values were obtained and calculated in grams. Prostate tissues were stained using p53, bcl-2, cyclin D, and c-erb-B2 immunohistochemical and Hematoxylin-Eosin gram staining. Results: In the smoking group, the mean haemoglobin value was found out as 16.5 mg/dl, and 11.5 mg/dl in the control group respectively. The cotinine values were determined to be 76.43 ng/ ml in the smoking group and <10 ng/ml in the control group. The prostate contractions in the smoking group were seen significantly lower than the contractions in the control group After immunohistochemical investigation of the prostate tissues, meaningful acinar dilatation and atrophy with Hematoxylin-Eosin staining were found out. Foam cells were observed in the smoking group. Conclusions: In our study, we determined that smoking significantly decreased prostate contraction. The findings after immunohistochemical investigation may help to clarify the effect of smoking on prostate cancer. 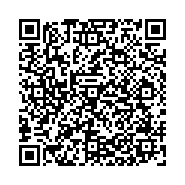