In women undergoing natural cycles, just one oocyte is usually selected for ovulation, yet routine clinical techniques to support the development of multiple follicles using additional gonadotrophins result in numerous ovulations. Several parameters have been postulated as predictors of ovarian response (inhibin B, 17-β-estradiol and anti- Müllerian hormone). Nevertheless, the FSH level on the day 3 of menstrual cycle remains, the most widely used biomarker due to its low cost, although, the genetic background of individuals seems to determine the response of patients to rFSH stimulation better than the stimulation design. Consequently, the variants of FSHR were explored and they may be involved in the role of FSH receptor in mediated signal transduction and with ovarian response in infertile women submitted to ovarian stimulation. In this study we examined, for the first time, the prevalence of genotype variants Asn680Ser in population Albanian women from Kosovo Dukagjin region who took part in IVF / ICSI program. The frequencies of the Asn680Ser genotype variants were as follows: Asn/Asn 22.1%, Asn/Ser 47.1%, and Ser/Ser 30.8%, respectively (Table 1). bE2 levels between the three genotype variants showed slight but statistically significant difference (p= 0.0308). No difference was also found between the genotype groups either in terms of AFC, amount of the FSH required for ovulation induction, stimulation length days, number of dominant follicles, oocyte retrieval number or endometrial thickness (Table 2). BMI was significantly higher in the Ser/Ser group as compared to those from the Asn/Ser or the Asn/Asn group (p= 0.0010) (Table 2). In the study population of Albanian women Dukagjin region of Kosovo had a higher incidence of Ser / SER genotype compared to Asn / Asn genotype. Our research results in the Albanian population differ from published data for other ethnic groups in the Balkans. 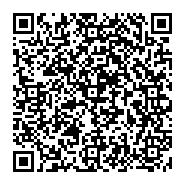