The protective effect of Aloe vera on paraquat hepatotoxicity | Abstract

The protective effect of Aloe vera on paraquat hepatotoxicity

Paraquat is a common herbicide that is used in agriculturem, and Liver damage is a severe complication after its consumption in mammals, which can be prevented by antioxidants. With due attention to the various nutritional materials and antioxidants in aloe vera (a medicinal plant), evaluation of its effect on prevention of paraquat induced hepatotoxity was the goal of this study. In this experimental study, 72 Wistar male rats were randomly divided into control, sham, and 7experimental groups. In experimental groups paraquat with various doses of aloe vera is given to the mice for 2 weeks. After that liver enzymes and histologic changes were compared in different groups. In first experimental group (in which paraquat alone was administered), aspartate transaminase (AST), alanine transaminase (ALT), and alkaline phosphatase (ALP) concentrations were significantly elevated in compare to the control and sham groups (p<0.05). In addition histologic destruction was significant in this group. On the other hand, in experimental groups in which paraquat were administered plus aloe vera liver enzymes were significantly low. In addition histologic structure was preserved in groups in which aloe vera was administered in compare with paraquat alone group. In this study; we concluded that, Aloe vera extract, probably due to its strong antioxidant property, could reduce the destructive effects of Paraquat on the rat liver. 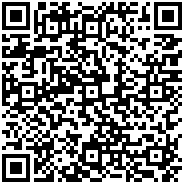