The role of Epigenetic Mechanisms in Causing Epilepsy: A review | Abstract

The role of Epigenetic Mechanisms in Causing Epilepsy: A review

Further to genetic changes, epigenetic changes also play a major role in causing epilepsy and they are of great importance. Generally, many genomic positions associated with this disease, genetic products and cell routs that contribute to it are affected by epigenetic mechanisms that demonstrate the major and influential role of epigenetic mechanisms in causing epilepsy. It seems like many epigenetic properties have not been discovered yet. Thus, various studies are required to discover other epigenetic mechanisms, the relationship between these mechanisms and their role in causing various diseases such as epilepsy. In this research, various papers on the important and inhibitory mechanisms of epigenetic and the cases involved in pathogenicity of mechanism of various epileptic syndromes over the period of 2002 to 2016 were extracted from different resources such as PubMed and Science Direct using keywords such as epilepsy and histone. As the current therapeutic medicines are not satisfactory and we need new therapeutic methods and care for patients, thus the present research was conducted in order to discover epigenetic mechanisms with the goal of achieving new and effective medicines. Further study reveals the role of DNA methylation and other epigenetic mechanisms involved in causing epilepsy. Furthermore, epigenetic changes such as the changes following translation of histones’ tails and DNA methylation are appropriate goals for new treatments as they are capable of changing compared to genetic factors like mutation. The challenges in this field have resulted in vast researches being conducted on epigenome similar to other engaged mechanisms associated with epigenetics. Epigenetic mechanisms play a major role in the development and growth of the brain. The goal in the future will be to achieve at an epigenetic and general treatment for nervous disorders such as epilepsy. Thus, manipulating epigenetic mechanisms may be the next goal of epilepsy treatment. The side effects of treatment with systematic epigenetic medicines also need to be predicted. Question about how enzymology specifically diagnoses the damaged areas in the brain and targets the selected genes associated with epilepsy is a necessary step to be taken that must be addressed in the future. 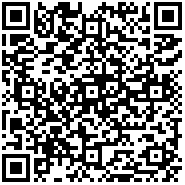