The great majority of the students who acquire good marks during the curriculum terms have been found to experience a drop in their final scores at the end of the semester and this can be a result of the high level of anxiety. Physiological and emotional arousal is one of the factors which is claimed to have a very great influence on the selfefficacy and the higher the level of emotional and physiological arousal the lower feeling of efficiency and selfefficacy would be experienced by the individual. Thus, the present study has been carried out with the objective of the survey of the relationship between test anxiety and self-efficacy among the city of Urmia’s medical sciences university students. The present study is a descriptive-analytical research in which 400 individuals of Urmia’s medical sciences university students have participated in 2016. The information required for the present study have been collected by taking advantage of a three-part questionnaire, the first part of which is related to the demographic characteristics and the second part pertains to the self-efficacy questionnaire and the third part is also including test anxiety questionnaire. The data were extracted from the collected questionnaires and they were subsequently analyzed by taking advantage of SPSS ver.19 software, descriptive statistics, Pierson correlation test and independent t-test. The students’ average age was 21.64 ± 2.9 and 158 individuals were male. Generally speaking the students’ self-efficacy mean score was 41.06 ± 8.25. The students’ test anxiety mean scores were in the range of 21.15 ± 5.07. The relationship between the age with self-efficacy and test anxiety was not found to be statistically significant. Also, the relationship between the gender with the test anxiety and self-efficacy was not statistically significant. There was also found an inverse and significant relationship between the students’ selfefficacy and test anxiety. According to the findings obtained by the present study it can be concluded that the selfefficacy beliefs variable is among the effective factors influencing the students’ test anxiety reduction. 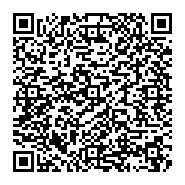