TRANSGENIC ANIMALS AND THEIR APPLICATION IN MEDICINE | Abstract

TRANSGENIC ANIMALS AND THEIR APPLICATION IN MEDICINE

Transgenic animals are animals that are genetically altered to have traits that mimic symptoms of specific human pathologies. They provide genetic models of various human diseases which are important in understanding disease and developing new targets. In early 1980 Gordon and co-workers described the first gene addition experiment using the microinjection technology and since then the impact of transgenic technology on basic research has been significant. Within 20 years of its inception, ATryn the first drug approved by USFDA from transgenic animals was developed and it has opened door to drugs from transgenic animals. In addition, they are looked upon as potential future donors for xenotransplantation. With increasing knowledge about the genetics and improvements in the transgenetic technology numerous useful applications like biologically safe new-generation drugs based on human regulatory proteins are being developed.Various aspects of concern in the coming years are the regulatory guidelines, ethical issues and patents related to the use of transgenic animals. This modern medicine is on the threshold of a pharmacological revolution. Use of transgenic animals will provide solutions for drug research, xenotransplantation, clinical trials and will prove to be a new insight in drug development. 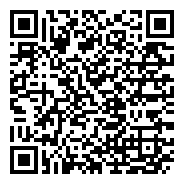