WILLIAMS-CAMPBELL SYNDROME- A RARE ENTITY OF CONGENITAL BRONCHIECTASIS: A CASE REPORT IN ADULT

Williams-Campbell syndrome is a rare entity of congenital bronchiectasis due to developmental arrest in the tracheobronchial tree, in which extensive loss of bronchial cartilage is associated with diffuse cystic bronchiectasis; may be unilateral or bilateral. Clinical manifestations start from infancy with subsequent recurrent pulmonary infection leading to respiratory failure. Patients may survive into late adulthood and require lung transplantation. We report such a rare case diagnosed on the basis of clinico-radiological presentation and histopathological examination of the pneumonectomy specimen. A 40 years patient was presented with severe breathlessness and had history of recurrent episode of productive cough with low grade fever since childhood for which he was admitted in hospital and treated symptomatically. Chest roentgenogram revealed right hyperlucent lung, deviation of trachea towards left; while the left lung showed multiple scattered large thin walled cysts along with elevation of left dome of diaphragm. High resolution computed tomography revealed multiple cystic thin walled airways in the left hemithorax, suggestive of bronchiectasis with collapse of left lung and compensatory hyperinflation of right lung along with herniation of right upper lobe to the left. 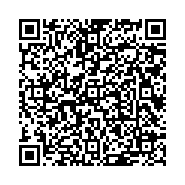