Objective: To evaluate the prevalence and severity of plaque-induced Gingival inflammation (GI) among Saudi adult population in Jeddah region.

Method: One hundred and ninety-seven eligible participants in this cross-sectional study were recruited from routine dental patients attending the Oral Diagnosis Clinic at AlFarabi College in Jeddah, Saudi Arabia from Nov 2019 to May 2020. A clinical examination was performed by 2 dentists to measure the gingival and plaque indices of Loe and Silness for each participant.

Results: The prevalence of gingivitis was 100% among adult subjects aged between 20-50 years old. Moreover, both the male and female groups with generalized Gingival inflammation (GI) had significantly higher mean scores of plaque index. In addition, females with generalized GI showed a significantly higher plaque index % compared to males (p<0.05). Bleeding on probing (BOP) of generalized GI was higher in females than males. In fact a significant and positive correlation was observed between plaque index % and BOP % in both male and female localized GI groups. This shows that the plaque index and BOP are dependent on each other. However, females were more affected with localized gingivitis than males (p=0.0001).

Conclusion: The results of this study show that plaque accumulation is strongly associated with high prevalence of generalized and localized gingivitis among Saudi subjects.

Dental plaque biofilm-induced gingivitis is the most common form of periodontal disease [1], after dental caries. Affecting more than 75% of the population worldwide [2,3]. In general, gingivitis begins in early childhood, and becomes more prevalent and severe with age [4,5]. Dental plaque biofilm-induced gingivitis is defined at the site level as “an inflammatory lesion resulting from interactions between the dental plaque biofilm and the host’s immuneinflammatory response, which remains contained within the gingiva and does not extend to the periodontal attachment (cementum, periodontal ligament and alveolar bone). Such inflammation remains confined to the gingiva and does not extend beyond the mucogingival junction and is reversible by reducing levels of dental plaque at and apical to the gingival margin” [6].

The earliest clinical sign of inﬂammation is the transudation of gingival ﬂuid. This thin and almost a cellular transudate is gradually superseded by a ﬂuid consisting of serum plus leucocytes, the redness of the gingival margin arises partly from the aggregation and enlargement of blood vessels in the immediate sub epithelial connective tissue and the loss of keratinization of the facial aspects of gingiva. Swelling and loss of texture of the free gingiva reﬂect the loss of ﬁbrous connective tissue and the semi liquidity-of the interﬁbrillar substance. Individually and collectively, the clinical symptoms of chronic gingivitis are rather vague, and usually painless. These features leave most patients tuna-ware of the disease and are generally underestimated by the dental practitioners. Chronic gingivitis rarely showsspontaneous bleeding. The fact that the gingival tissues can be provoked to bleed just by touching the gingival margin with a blunt instrument) as during tooth brushing or in assessing-the Gingival index (GI) suggests that the epithelial changes and the vascular transﬁgurments are quite conspicuous [7].

The classification of dental plaque Biofilm induced gingivitis defining the severity of gingivitis as a patient communication tool, but there are no objective clinical criteria for defining severity. Thus, in this context alone, the extent of gingivitis can be used to communicate “mild, moderate, and severe” gingivitis. Moreover, emerging evidence suggests that the contained gingivitis lesion may have systemic inflammatory consequences [8,9]. There is no robust evidence to clearly differentiate mild, moderate, and severe gingivitis, and definitions remain a matter of professional opinion. Methods of defining gingivitis may include: Defining percentages (e.g. mild ≤ 10%, moderate=10%-30%, severe ≥ 30% sites) Grading (e.g. grade 1 to 5 in 20% quintiles for % sites bleeding on probing).

One hundred and ninety-seven eligible participants in this cross-sectional study will be recruited from the routine dental patients who attended the oral diagnosis clinic at the dental hospital of Al-Farabi College in Jeddah, Saudi Arabia, from Nov 2019 to May 2020. The medical history of each subject will be recorded at the time of examination in a special recording form. Subjects who’s wearing fixed or removable prosthesis, or with orthodontic appliances, subjects under current periodontal treatment, tobacco smokers, female subjects who’s pregnant or using oral contraceptives, or subjects with any other systemic conditions that are known to predispose, or exaggerate gingival inflammation were not included. In addition, any subject who’s on antibiotics, antifungals. A minimum of 20 permanent teeth had to be present for inclusion in the study. The study is ethically approved by the Institutional Review Board of Al-Farabi College. All subjects will be asked to sign a consent form, and all procedures were undertaken in supervision of Dr.Hani Qataberi. 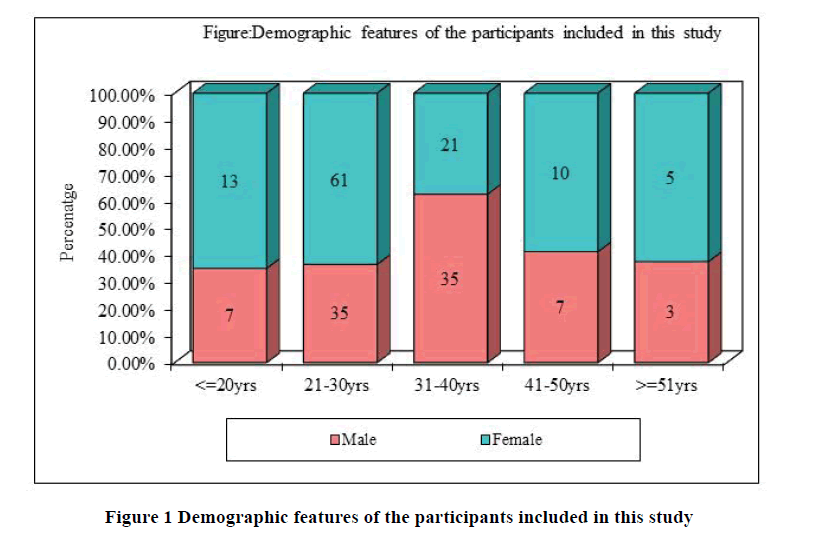 Figure 1 Demographic features of the participants included in this study Figure 2 Association between extents of disease with gender

In our study, the Plaque index (PI) and Bleeding on probing (BOP) showed statistically significant higher scores in people with generalized gingivitis compared to localized gingivitis. It is well documented that Gram-positive bacteria such as Actinomyces viscosus, Parvimonas micra, Streptococcus species, and Gram-negative anaerobes like Campylobacter gracilis, Fusobacterium nucleatum, Prevotella intermedia, Veillonella parvula are associated with gingivitis [20]. Efforts taken by scientists to identify the difference in plaque microflora among people with different degrees of gingival inflammation failed to show significant differences [21]. According to the latest dental plaque hypothesis that is known as Keystone Pathogen Hypothesis (KPH), low-abundance microbial pathogens (keystone pathogen) such as Porphyromonas gingivalis can cause inflammatory disease by increasing the quantity of the normal microbiota and by changing its composition which will help them not only helps them to survive but also other bacteria to multiply [22].

The reason for this higher plaque index and its association with generalized gingivitis in our study findings could be explained based on this hypothesis. A study done by Sreenivasan, et al. demonstrated that plaque deposits and higher gingival inflammation were seen more in posterior regions compared to anterior regions [23].

Even though the findings of our study didn’t show statistically significant differences in both PI scores and BOP between two genders, it showed statistically significant higher PI scores in females with generalized gingivitis only when compared to males. The prevalence of BOP in our study didn’t show significant difference even though it was more in males (22.64%) compared to females (20.26%). This prevalence is lesser when compared to the study conducted by Idrees et al. in Riyadh that reported a BOP of 28.8%, which was also higher in males compared to females [19]. These findings of male predominance in higher Pl and BOP are supported by various studies done in many other countries [19,24-26]. The possible explanation for this higher prevalence could be explained by factors like poor attitude towards oral health behavior such as lesser dental visits, poor oral hygiene practices, and less grooming sense among males compared to females [27-29].

The current study demonstrated that higher plaque deposits were significantly associated with generalized gingivitis than localized gingivitis among the Saudi population in Jeddah. Oral health education including appropriate plaque control measures such as complaint brushing technique, use of chemical plaque control aids such as mouth rinses and utilization of dental services behavior modifications should be emphasized to people of all sectors to tackle this issue. A multicenter study that addresses the relationship of variables such as oral hygiene practices, utilization of dental services, dietary pattern, oral health educational level, use of medications, chronic diseases, and socioeconomic status involving a larger sample is suggested in this regard. Community preventive programs should be monitored and if necessary, should re-implemented on a large and effective scale.